I don’t know if you have been paying much attention to the food crazes that have taken over 2016, but being absorbed in all areas of food, I can’t help but see the massive amounts of crazy food trends that have been flooding the market. I’m going to just touch on a few of the top ones I noticed….

(Photo courtesy of Totally the Bomb)

This isn’t even an exaggeration! There is literally unicorn “stuff” everywhere. I thought I had seen it all when I saw Unicorn Farts the other day (yes, right now I am laughing just thinking about it.) which is literally a bag of cotton candy with sparkles, but this morning I saw Unicorn Barf. I’m not even quite sure what that was, but it is what inspired this post. There is unicorn poop, unicorn hot chocolate, unicorn cake, unicorn poop bark, unicorn cookies…. As long as it is swirly pastel colors with glitter, and sprinkles, it can be marketed to the masses as a unicorn product.

These gorgeous, calorie dense breakfasts have taken the morning meal by storm.  What people don’t realize is the picture that they are looking at is generally a multi serving bowl, and it isn’t the smoothie part of the bowl that is going to pack on the pounds it is the massive amounts of toppings; such as chocolate, nuts, fruits, grains, coconut, etc. They are beautiful, but it is best to keep a smoothie in a glass where it can be controlled.

I won’t lie, I fell into this craze. My husband had raved about how amazing a hamburger with an egg on it was and it was after that everyone took the egg topping to the next level. As if the dish wasn’t good enough itself, an egg had to go on top. Sandwiches, oatmeal, burgers, fries, hash, grains, toast, and the list goes on. If you eat eggs, sure why not? But does it really have to go on top? Can’t it just go next to the dish in question?

(Photo courtesy of the Bagel Shop)

These are absolutely insane. I do not understand what the hysteria was about rainbow bagels. If I remember correctly people freaked out when one of the bagel shops had to temporarily close due to a rainbow bagel issue. First I can’t get past anything with that much food coloring in it. It is unnatural and unhealthy. Second, does coloring a bagel really make it taste better? I guess it was just up there with unicorn everything, and galaxy cakes.

(Photo courtesy of One dio)

Here is a food craze that I have to admit I really wanted to try, but my better judgment kept me from it. I love sweet, and savory, combinations. Seriously, how much better can it get than some beef slapped between two doughnuts? (Ok, maybe chocolate bacon, but that is another subject.) I guess if you want to get dessert, and dinner over with all at once, this is the meal for you!

I’ve been reading some of the buzz about what we can look forward to in 2017 and it sounds like this might actually be a healthier trending year, which I’m super excited about. After the trends of 2016 everyone is going to need to jump on the healthy wagon just to shake the residual from last year!

Yum, yum, yum, yum! I can’t say enough how much I love this stuff. Before I stopped eating animal products I had heard of “nooch”, but figured it was some vegan, or hippie, thing that I really didn’t have any desire to be a part of, until I read all the health benefits, vitamins, and minerals this stuff carries. Then I was concerned that the taste would be awful. Oh, no, this stuff is amazing! I put it on just about everything! I personally think it tastes a little like cheese, but others have said that it doesn’t, but it is a must have pantry staple, especially if you are going plant based. (Don’t get it confused with regular yeast.) 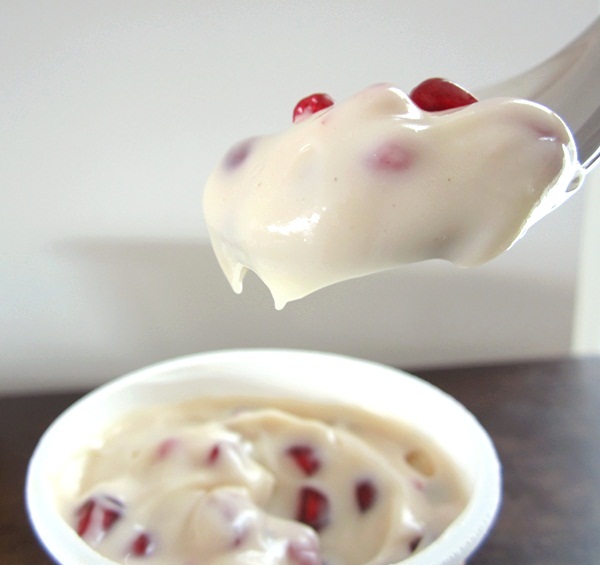 We all know that dairy yogurt has been joined by coconut, almond, and other plant based yogurts, but from what I hear from Whole Foods, this is the year of all kinds of new yogurts! Camel milk is new on the scene, so there is that, and then cannabis everything is hitting the shelves, including milk, so I suspect that it won’t be long before we are seeing some anxiety relieving yogurt in our organic coolers at the grocery store.

First it was self-checkout at the store, then placing your order through a machine at restaurants, but why not just cut out more human interaction by having drones do all the work? I had read that Amazon was having drones deliver their packages, then they were delivering beer to football games this season, now there are food delivery drones. I guess that will cut down on having to pay actual people to do the delivery, less traffic, less human interaction, period. 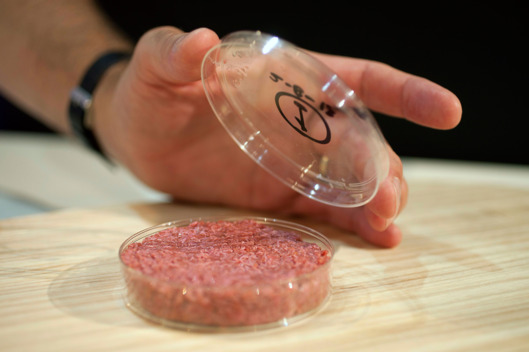 It sounds like fake meat is going to be trending in 2017. A lot of faux meats are not even able to be considered food, let alone meat. When I’m craving meat, but want “fake meat” I dig into some Field Roast. It is processed, but has minimal ingredients that we can recognize, and tastes amazing. But this fake meat sounds like it is going to be some genetically engineered Petri dish stuff. Ummm, I don’t think that even sounds remotely appetizing. What do you think?

Coconut oil has been all the rage for quite a while, and coconut milk is holding its own on the shelves against dairy, and other plant based milks, but the buzz is that coconut is going to be in everything. I’m pretty sure I even saw someone mention coconut tortillas. I’m all about coconut whipped cream, and I enjoy coconut milk from time to time, and my main oil is coconut oil, but I’m not sure that I would enjoy the taste of spicy beans wrapped up in coconut. It almost sounds more like dessert.

So, that wraps up 2016, and gives you a quick glimpse into 2017. Are there any trending foods that you tried, and enjoyed in 2016? Have you heard any news, or made any observations, about what might be hitting the scene in 2017? Keep your eyes open and let me know if you see any new trends making their way into the food world, and eat with adventure, and a little bit of caution.