Dive in Without Remorse….

I like to plan ahead and decide what recipes I am going to make at least a week in advance. Sometimes I want to make a recipe that makes me really nervous and I put it off. Today’s recipe is one of those recipes. I wrote it on my list around Thanksgiving and didn’t have the nerve to try it until yesterday! I thought that it was going to be so complicated, and was really concerned that it wouldn’t turn out. After all, if it is something that is served in high end fancy restaurants it must be difficult, right? Wrong! 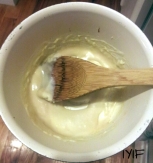 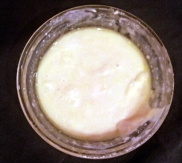 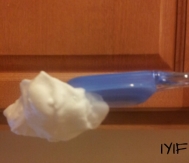 So, yesterday I finally made a soufflé’. Actually I made two of them at two different times of the day. And right now I am still trying to figure out why chefs have always made them sound so difficult and delicate. I’ve read that if you slam the oven door the soufflé will fall. If you don’t beat the meringue enough, you will have a flat soufflé. I was so paranoid yesterday I wouldn’t even let the kids jump around the living room for fear that my delicate soufflé would fall. My first one turned out perfect, but as soon as I took it out of the oven it fell. With a heavy heart I decided to taste it and see if the flavor, and texture, were worth trying again. AMAZING! After that I decided to do more research and see what I might have done wrong, and I found my answer.

From oven to the table you have about 5 minutes before it deflates. The cold air in the room is the killer of the soufflé. It doesn’t affect the taste; it just takes away its signature rise. Before I took this to heart I looked around the internet at other people’s soufflés and all but TWO, yes two out of about 30, looked just like mine. We keep our house a lot colder than most so getting pictures taken before the second one fell was a difficult task. As you can see it is a task that I wasn’t able to really do well. In saying that I believe that if your environment is warmer the chance of your soufflé staying puffy is greater. I didn’t try this, but I will next time, possibly if you cover it with a dome to keep the heat in it may stay puffed longer.

I can tell you this though, I think that this is one of my favorite new recipes, and I will be trying it in cheese, and chocolate. The taste, and texture, was really amazing. It was almost a cross between a bread pudding and a mousse. So creamy, and light, and just scrumptious. And the best thing is the calorie count! I was super excited to find that this unique dessert was only 145 calories!!!! An amazing taste, low calorie, and easy to make. You really can’t go wrong. If you want a dessert that will impress this is the one to turn to. Make sure you get it to the table quickly though so you can sit back relax, and enjoy!

NOTE: I know the directions look long, but once you’ve made it once they don’t seem so long, or complicated anymore. It probably takes around 30 minutes to make.

Have you ever made a soufflé?

What is your favorite flavor? 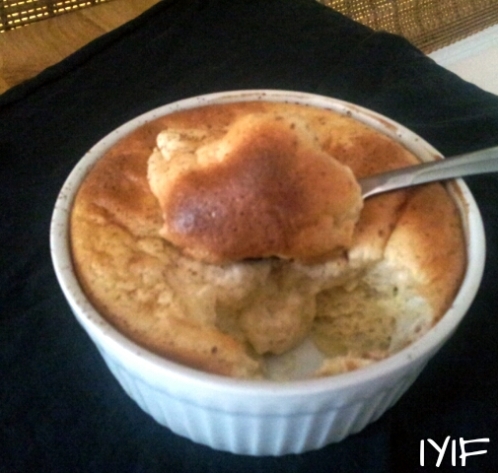 Before starting get all of your ingredients ready in separate bowls because the process moves fairly quickly. This includes heating the milk

If you don’t have time to let your egg sit out and come to room temp separate the egg into two bowls and put the bowl with the white on the stove top while it is preheating. That will bring it to room temperature

Take the “extra” butter and grease the inside of a 10-ounce ramekin. Do this in upward strokes. This will help the soufflé to rise evenly. Sprinkle the “extra” Truvia on the butter and coat. This gives the soufflé a “grip” to climb the sides of the ramekin

In a small sauce pan melt the butter, remove from the heat and add the flour making a roux.

Slowly add the hot milk until it is smooth creating a white sauce and return to medium heat and stir until it comes to a boil. Remove from the heat

Take about a Tablespoon of white sauce and stir it into the egg yolk to temper it (You don’t want scrambled eggs!) Then you can pour the rest of the white sauce into the tempered eggs and stir until completely combined

In a medium bowl (See my Cooking 101 post on making meringue) whip your egg whites with an electric mixture until they are stiff peaks. (This can take 5 minutes of a little longer) Add Truvia a little bit at a time and continue to whip until you have stiff meringue

Take a big spoonful of meringue and stir it into the egg yolk/white sauce mixture. Combine well

Gently fold the egg yolk/white sauce/meringue mixture into the rest of the meringue. (You want to keep as much air in the mix as possible)

Gently scoop the batter into the prepared ramekin. Wipe off the inner rim with your finger

Carefully remove the dessert from the oven and serve immediately!

2 thoughts on “Dive in Without Remorse – Almond Souffle’”